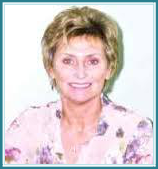 Heather Jackson was NADP’s Chairman until we lost her to cancer in 2007 after a short illness at the age of 58. A charismatic leader, she was not only a guiding force for NADP but was also a trainer on the residential courses at the LINK Centre (now Hearing Link) and Chairman of the CACDP (now Signature) Deaf Awareness Committee and CACDP’s Vice Chairman.

An annual Award has been instituted in her memory, with the support of her family, and involving the three charities with which she was closely associated. This is awarded to a deafened person who has made a significant contribution to the improvement of the welfare and opportunity of deafened people. Note that the Award is only open to people who are deafened or have a substantial hearing loss.

The nomination form is available in word version

We are very happy to announce that John Newton has been voted to receive the Heather Jackson Award for this year.  John was first diagnosed with mild hearing loss at university, and in 2009 he received a cochlear implant. John is a retired industrial manager and he has volunteered for Hearing Link for many years and in many varied roles. He has facilitated group programmes, led talks, represented Hearing Link at many events and has supported people on a personal one to one basis through its Helpdesk and as a Community Support Volunteer. He also served as a Trustee of NADP for six years from 2008 to 2014, and during that time was very active, especially campaigning for better access to theatre and cinema.

As a cochlear implant user, he is the Chairman of the Manchester CICADA group and has delivered many talks to the group. He uses his influence to inspire and motivate others with hearing loss to become more fully engaged in society alongside hearing people. He spoke at a Deaf and Hard of Hearing Group and received this feedback: “You certainly motivated the members into speaking and asking questions. In fact after you left some of the members stayed until the caretaker came to lock up – they got into deep discussions as a consequence of your talk. That was unusual as normally people get up and go at the end!”

He has recently taken up blogging and has quite a flair for it! His first blog followed attending a deaf awareness event at a power station, a very humorous article with a very serious message. His knowledge of technology in the modern world would put most of us to shame and he uses this very wisely to improve communication experiences for people using hearing aids or fitted with cochlear implants. Having said that, John never feels he knows it all – even as an octogenarian he is keen to learn new skills.

He is also very widely travelled, having sailed around the world alone on his own yacht, in spite of the many additional challenges related to his hearing loss. Wherever he is, John is a great role model to others, showing that deafened people and hearing people can do a lot more together than they can apart. He is an active member of U3A and promotes full integration of people with hearing loss within these groups by raising awareness of everyone’s particular communication needs. He has led the Philosophy Group and openly promotes the inclusion of both deafened and hearing people alongside each other.

John is someone who represents the very best experience of taking charge of your own life while supporting and being supported by others. He never shies away from challenges, and recognises that life is much richer when we focus on what we can do or learn rather than solely on what is difficult or missing, such as hearing. John is a feminist who, when his granddaughter was only a few weeks old, was looking for books by strong females to collect for her as she grows up. He will make sure she understands the impact of hearing loss, but more importantly that she will understand life offers a much broader range of interests and that everyone should have access to those. He is a very worthy recipient of the Heather Jackson Award, which is an opportunity to acknowledge John’s hard work and commitment and to thank him.

Our friends and affiliates